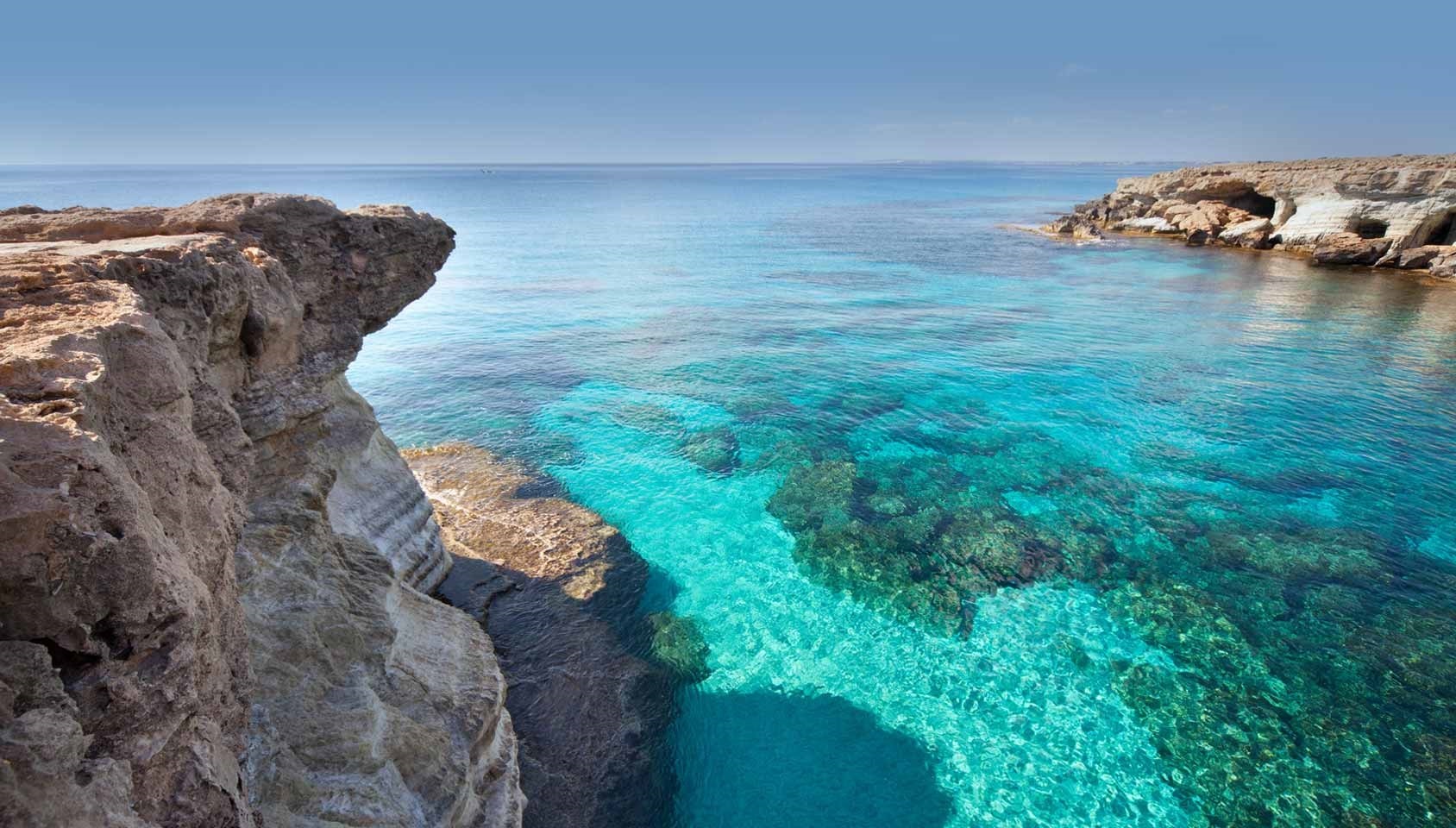 Cyprus, an island of legends, all year round drowning in the rays of a dazzling Mediterranean sun. The richest history, numbering about 10 thousand years, witnessed the change of numerous conquering civilizations, and each of them – from Alexander the Great to Cleopatra – left its own unique trail here; However, people can forgive the passion for possession when it comes to such a unique corner of the universe. And the gods are also sinning: Aphrodite made the island her sanctuary on earth; in ancient times, travelers came here only to worship the goddess of love and beauty.

Traveling through Cyprus, you can see the Neolithic archaeological and historical sites. These priceless monuments are located just a few kilometers from modern cities. In general, Cyprus appears to visitors with fascinating mosaic of historical epochs, combining old and new, past and present. And in the landscape of the island there are similar contrasts: sandy beaches resemble the rigid outlines of rocky bays, the central plains gradually transform into pine-covered mountain peaks attracting the attention of skiers, so in the south-west there is an extensive mountain range Troodos covered with pine, dwarfish oak, cypress and cedar. On it there is the summit of Olympus, height of 1952 above sea level. This is the highest mountain of the island. Also on the island there are two salt lakes and a number of fresh water reservoirs.

Today, Cyprus is a modern state, in which European culture and the charm of “ancient traditions of the deepest” are easily combined. Here you will discover a cozy world, which is a mosaic of luxurious beaches and majestic mountain peaks, exciting the imagination of ancient ruins and monuments, vineyards and olive groves, citrus plantations and small picturesque villages, where the fragrant wine flows into the river under leisurely conversations in the local coffee houses. A carefree world where the sense of time is lost, and the hospitality and affability of local residents are felt everywhere.

Geographical location of the country and climate
Cyprus – one of the largest islands in the Mediterranean (second only to Sicily and Sardinia): its length from east to west is 225 km, from south to north – 100 km. The relief here is very diverse: forests, dells, fertile plains, but most of the mountains are occupied.
The highest point of Cyprus is Mount Olympus, 1953 meters above sea level, which is part of the Troodos mountain system, covered with coniferous forest, on the south-western tip of the island. Along its northern coast lies the range of Kyrenia. Between the mountains, in the center of the island is the valley of Mesaoria, the granary of Cyprus, with fields of wheat and barley, olive and orange groves, mulberry trees and vineyards.
There are no permanent rivers on the island: by the end of spring they all dry up, since their main source of food is atmospheric precipitation, the amount of which is small (from 360 mm on plains to 900 mm in the mountains). Therefore, local residents solve the problem of water shortage with the help of dams.
The subtropical soft climate gives Cyprus a warm winter: in January, the coast somewhere is +10 degrees, in the mountains – from +1 to +5 (there is almost no frost). In summer, the thermometer does not fall below the mark at +30 degrees (on the coast – up to +38).

State structure and population
Since 1960, Cyprus is an independent republic. The system of state power is the parliament and presidential administration. In 1974, the state was actually divided into two parts – Greek and Turkish; the international community and the authorities of the island do not officially recognize the sovereignty of the so-called Turkish Republic of Northern Cyprus.
The capital of the state is Nicosia. The official languages ​​are Greek and Turkish. The population consists of Greek Cypriots (about 80%), Turkish Cypriots (about 13%), also here live the British, Russian and Armenians.

Religion
The main religion is Orthodoxy (about 77% of the population professes it), somewhere 17% of local residents are Muslims.

Cities and resorts
Nicosia. The heart of the capital is the so-called Old Town, surrounded by a medieval rampart. It is here, within the walls, most of the sights are located:
– Archaeological Museum, where exhibits of ancient history are exhibited (from the Neolithic period to the Roman Empire);
– Orthodox churches with majestic iconostasis;
– the house of Cornassios in the Turkish-Byzantine style;
– Quarter Laika Itonia, restored according to the canons of culture of the early twentieth century.
The architecture of many buildings is quaint and refined, you can just walk along narrow cobblestone streets and enjoy the mixture of centuries and styles in the city. Or go to the theater; because Cyprus is one of the places where dramatic art originated.
Limassol. This city is built around the citadel, built on the ruins of the castle, in the walls of which, in the chapel, Richard the Lionheart and Berengaria, the future English queen, were married. Now there is the Museum of the Middle Ages

Do You Have Any Questions?

×
Want to ask us more about our services? Simply fill out this form and we will get back to you as soon as possible.